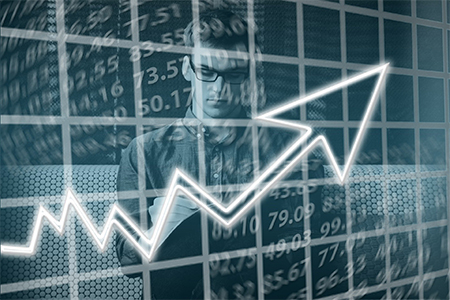 Q :
Speaking of Matthew 25:14-30, I guess we all run into similar dilemma when doing annual review with our financial advisor in recent memories. While joking aside, Matthew 24:30 sounds like a mean gesture towards the receiving end, how should we fit in the scripture as aforementioned to the circumstances in your opinion?
【 Question from 】 Canada 加拿大
Fr. Francis :

This is from the parable of the talents. The passage in question was the judgement on the slave who receive one talent, who unlike the other two slaves who doubled their talents by careful investments, dug a hole and hid the talent, and as a result received a severe punishment from the master for not at least investing it in the bank to earn interest for the master. He was consequently deprived from the one talent, and was thrown out into the outer darkness, a biblical symbol of hell.

To fully apreciate this passage, we need to understand a number of things.

First of all, though the last slave was given only one talent, that is not a small sum. In the ancient times, units of currency were measured not in absolute terms, but relative to the daily wage of a labourer. So one denarius, perhaps the most frequently mentioned unit of currency in the gospel, is one day of wage. A talent is not one year of wage, but closer to one lifetime of wage, which back then was about 20 to 25 years.

In today’s standard, one talent would be equivalent to at least one million USD! Not a small sum at all.

And it says that the master gave to each according to their abilities. This slave therefore was fully capable of effectively investing with a million USD, something that maybe not everybody can say today.

It also says that the master gave them talents so to entrust them with his property. He then left them and went away for a time. This clearly shows that the master trusted them, slaves as they were, with real wealth. If the master were only testing them, or even suspected them, he would not have risked his property. This is a mark of a master who loved and appreciated his servants. He knew their abilities, and would delight in seeing them successful.

Though the passage does not explicitly say that the master told them to invest with the talents, we must accept that this is clearly understood by the slaves; for two reasons, a parallel passage in Luke explicitly states that they were to invest with it, and in this passage, the two faithful servants clearly understood it without any problems. The third slave, who was not an incapable person as demonstrated earlier, clearly was not stupid and could not have mistaken his master’s expectation.

So why did he not invest with it? Could it be out of fear as he stated in his defence?

Yes, his defence, if you read it carefully now, shows that his words are not to be trusted. His defence is that his master was a mean and terrible person. So fearing that investing the talent might mean losing it, he hid it instead. We have already established that the master was in fact not a mean master, but a loving master ready to trust. What’s more, the master’s expectation was very simple: just do something with the talent, even just put it in the bank. It does not need to be risky.

What that tells us is that he despised his master and was a lazy person. He had the ability to serve but instead resented his master, painted him as a tyrant, and refused to serve. Fear has nothing to do with it; it’s an excuse and a lie, a facade he used to put on to get away with his responsibilities.

Translate that to our life, our talents are all the many kinds of gifts God has lavished upon us: our life, our time, our health, our family, our education, our job, talents, charisms, etc. If we see them as gifts to contribute, to make something good out of them to bless others, we would be like the first two slaves. Life would not be drudgery. We would find meaning and fulfillment in appreciating God’s goodness. But if we resent God’s gifts, complaining about this and that, refusing to serve and hating our responsibilities, life would crush us as if hell is upon us. We would curse that it is God being a mean tyrant, but it is in fact ourselves choosing to reject God and so shutting ourselves into misery.