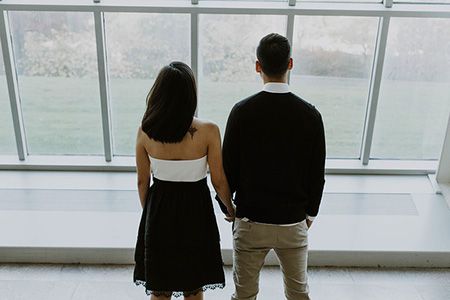 問 :
My daughter has been dating a Protestant whose mother said she would be perfect for him except she’s a Catholic. The boy is a kind only child and he got stuck in between. They hope for a future together. How shall they face with the mother’s stubbornness and the differences in how to raise the children in the future? Both religions believe in Jesus, why some people are so narrow minded?
【 問題來自 】 Other 其他
程明聰神父答 :

In Genesis, it says that “that’s why a man leaves his father and mother and clings to his wife, and the two become one flesh” (2:24).

The core unit of society is the family, and the core of a family is the husband and wife. The two are responsible for each other to exercising the charge of stewardship from God, determining what is best for their family.

While their parents are an integral part of their life, and they owe filial respect and responsibility towards them, their new family remains their own and not their parents’. Parents must not usurp nor trespass their freedom. They may counsel or offer advice, but must relinquish control and be patient and supplicant to allow the young people to grow into their roles.

In the Catechism, it clearly states under the Fourth Commandment that parents must not control their children’s choice of spouse and vocation. They may counsel and suggest, (and yes the young people must carefully discern the merits of their wisdom and experience,) but ultimately it is none of their business.

On the other hand, it is the duty of the young to learn to distinguish their new responsibilities and rights from their filial duties. They must come to discern the difference between respecting their parents and condoning their errors, especially those errors that jeopardize and harm their own family.

In my experience, when a man is not able to defend his wife from his mother, his only consequence is that he ends up harming both. He would have to condone lies and falsehood from his mother, and at the same time permit his wife to be unjustly bullied and persecuted. Love cannot stand on lies,even when it means in justice standing up against someone who raised you. Only truth can be the foundation of real love. Allowing one’s parent to hurt one’s spouse unjustly in the name of filial respect is fruitless and wrong, and not true love, since those who do such acts in fact harm their own soul, and jeopardize their own salvation.

This of course goes the same when it is the spouse who is wrong.

In the case of your daughter, I pray for two things: for the conversion of the mother, that she may come to understand the Catholic Church; and for the boyfriend to learn to grow in virtue in discerning his proper responsibility in defending his girlfriend and future wife, and learn to love his mother in a way that is based on truth and not merely not wanting to upset her.