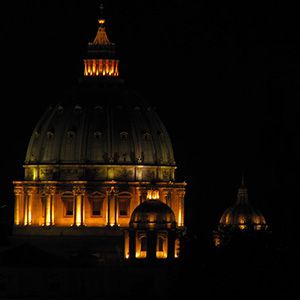 Q :
I am very disturbed by reports (such as “The Vortex – Keeping Balanced” on Youtube) from Church Militant and various other traditional Catholic groups, in particular, the church being infiltrated by faithless and filthy clergy and trying to cover up. I am wondering if I have been taught the right things and who I should believe.
【 Question from 】 Hong Kong 香港
Fr. Francis :

The history of the church is filled with many great saints and great sinners. The reality is that both clergy and laity are sinners, called to be holy but are free to respond. Those who were called to greater responsibilities, were pivotal to manifesting greater glory for God or greater evil to scandalize.

We must therefore not be naïve to imagine that all is fine, that external sacraments alone would make us holy, even the sacrament of Holy Orders. Our Church history is filled with many sinful bishops and even popes. St. Bernard once said: “The road to perdition is paved with the skulls of bishops and priests.”

So, yes, we all need to know about this continuous presence of failure among us. However, I do not believe merely condemning their actions and attacking them Personally is right. Even Jesus’ action towards the Pharisees were not merely to attack them, but to bring them to conversion. What sometimes some of these ultra-traditionalist approaches, intentionally or not, tend to create an atmosphere of wrath and fear, which is the very opposite of charity.

What instead we must do, is to first engage in prayer, entrusting our clergy and our Church leadership to God. God already knows our problems, and so we can trust Him and there is no need to fall prey to wrath and fear. Then we must engage in dialogue and respectful confrontation with the hierarchy so that proper processes may be engaged and those responsible may be held accountable. The Church needs to be continually renewed. God is already doing it, and we must take our part, but it must be done peacefully, hopefully, and trustingly, not necessarily in the leadership, but in the mysterious hand of God, who is the spouse of the Church.

But where is the assurance of our hope today, in the face of so many scandals? One thing: the history of the Church reveals this is not the first time the Church was rocked with scandals. We had times in ages past when clergy was drunk and immoral, bishops were tyrants with concubines, popes who spent his days in leisures and hungered for political powers; twice we had two popes, and once we even had three popes. It was the bad behaviour of a pope who definitively caused the separation of the Orthodox Church from us, and it was the negligence and pride of a pope and the hierarchy of the time that caused Martin Luther to begin the Protestant splintering from Mother Church instead of responding with earnest reform. All these were ugly and evil. But still, despite the failure of her members, the beliefs and the practice of the Church at large remains steady and faithful today, because God remains faithful in spite of our infidelity.

We are waging a spiritual warfare. Our enemies are not these sinful clergy—they are sinners, slaves to sin. They are our brothers and sisters needing to be rescued. Our enemy is Satan and sin. Our response is therefore the same as our response since day one: to continue to tirelessly testify to the Truth and to evangelize to all, especially these our brothers and sisters in leadership who have gone astray, that they may be led back to God.