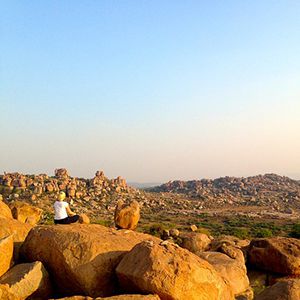 Q :
What do you think of the trend of “mindfulness meditation”? Is it spiritually dangerous for a Catholic to practise such methods, like a “new age”/ Buddhism / yoga?
【 Question from 】 Toronto, Canada
Fr. Francis :

Before I read your question, I have to admit that I have never heard of mindfulness meditation. I have done some research, and the following are my preliminary observations and comments.

It seems that mindfulness meditation is a technique for self-focus. It focuses on emptying all other thoughts except the natural rhythm of the body. There seems also to be a diversity of techniques and applications out there. So it is not a spirituality, not one technique, but an idea of meditation.

This is actually very similar to Tao meditation, Buddhist meditation, new age meditation, etc. It is also similar to yoga as well as centering prayer, both involve mindfulness to the self, but with the addition of repeating mantras or short prayers respectively.

So, technically speaking, it is not new, but conforms to the general pattern of oriental and far east style of meditation, which has existed for a few millennia already. It is just now re-packaged.

Whether or not it is harmful to Christians to practise would depend on how it is used. There are two main areas of caution:

First, in and of itself, it is not prayer. It is merely a technique of self-pacification and self-knowing. The peace it produces therefore should not be misconstrued as necessarily a spiritual experience, let alone as an encounter with God. Void of a focus on God, this same technique along with the peace resulted could equally be used for self-worship, or even as grounds to conclude that God is not necessary for one to find peace; while the experience of peace may merely be the initial fruits of one untangling from daily worries and self-hatred. It could be spiritual, but is mainly psychological, and it lacks a definite focus that can safely lead one to God.

Second, the act of emptying one’s thought without consciously filling it with something (or rather “someone”) else could be dangerous. An unguarded mind is a welcome place for all kinds of spirits. And because the person has intentionally willed his mind to be empty, it disposes him to interpret them to be esoteric. If the ideas are good, it could lead to false worship since we don’t know where they came from. If the ideas are from the flesh and not resisted, it could lead to worldly indulgence. And if they are diabolical and not renounced, it could lead to serious spiritual enslavement. But then, because the mind has deliberately engaged itself to self-emptying, its ability to resist is retarded. It tends to be more passive and receptive to whatsoever that walks in. Especially since these experiences would be combined with the psychological peace that has become so desirable, resisting the problematic elements later may not be so easy.

While it is true that many mindfulness meditation techniques ask the person to focus on wellness, it is still too vague and subjective, leaving out much room for all kinds of untruths.

Christians, however, could adopt the technique provided that we add back a focus on Jesus. As we quiet down and focus on our breathing, focus on the fact that Jesus is breathing within me, that this body is Christ’s, that I am the Temple of the Holy Spirit, that despite all of the weaknesses and imperfections I have, I am a beloved child of God the Father, etc. Invite God to fill our whole being. In fact, it would be best if we first read a passage of scripture or some good spiritual writings, then take a word or thought from it into the meditation. And if there arose any unusual thoughts or ideas, consult a spiritual director or your prayer group to discern if it is from God.

This, of course, is the pattern of all Christian meditations. Our focus is always on God. The technique is merely what we use to achieve it.