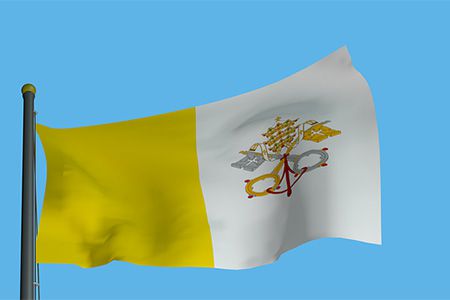 Q :
there any Catholic doctrine that talks about a government structure that Catholics support? Should we, as Catholics, support pro-democracy movements? Vatican City has its own government, but it is not a democratic government. What can we say to atheists about that?
【 Question from 】 Canada 加拿大
Fr. Francis :

In a word, no, the Church does not teach one particular government system is good or better than others. Each system has its inherent advantages and disadvantages. Notice that the Kingdom of God is a monarchy ruled by God; it is not a democracy.

Democracy is good because it honours human freedom, equality and dignity. However, without truth and informed conscience, it is a government ruled by the most stupid and lawless.

Monarchy can be bad because it can easily degenerate into dictatorship. However, the best part of Christianity was ruled under monarchy, and with the right person it can be the most efficient and theocentric.

Communism seems to be the defacto evil system. However, it is bad only because it lends itself easily to totalitarianism, corruption and atheism. Notice that the early Church also practised a form of communism.

The Church, rather, spoke against capitalism, dictatorship, and totalitarianism. The church also spoke against greed, corruption and misappropriation. The Church teaches strongly for government leaders to labour for the common good, to give the preferential option to the poor, and to work tirelessly for peace and to uphold human dignity for all, especially for the most disadvantageous and the voiceless.