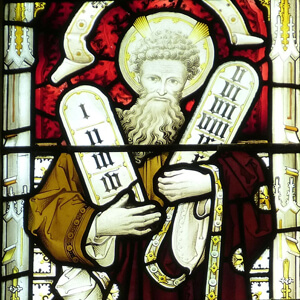 Q :
Mark 7:1-13 mentions that other than the ten commandments, the Pharisees added extra laws and rules that Jews should follow. Is our church today not doing the same thing, such as harsh rules on the divorce and mandatory mass of some feast days?
【 Question from 】 Toronto, Canada
Fr. Francis :

Let us look at this point by point:

1. While it is true that the Pharisees had added extra man-made traditions to the Mosaic law (the law God revealed to Moses), it is not true that God gave only the Ten Commandments (“Decalogue”) to the Jews. Besides the Decalogue, God also appended many rules regarding rituals, customs, morals, and beliefs. A casual read of Leviticus and Deuteronomy would reveal the astounding amount of rules the Jews have to memorize and observe, some with very severe consequences.

2. These numerous Mosaic laws were not nullified by Jesus. In fact, Jesus proclaimed: “Do not think that I have come to abolish the law and the prophets; I have come not to abolish them but to fulfill them. For truly, I say to you, till heaven and earth pass away, not an iota, not a dot, will pass from the law until all is accomplished. Whoever then relaxes one of the least of these commandments and teaches men so, shall be called least in the kingdom of heaven; but he who does them and teaches them shall be called great in the kingdom of heaven.” (Matthew 5:17-19)

3. Jesus did not remove the Mosaic Law, but he completed it by revealing Himself to replace the authority of the Law. So, instead of obeying the law, now it is obeying Him. He therefore changed the Law by raising the bar from the original intent of the law; and so He can say “love your enemy”, “forgive those who curse you”, lust of the heart is the same as adultery, and command us to “love one another as I have loved you”. These are all harder laws than before.

4. What Jesus added though is His Mercy. The bar is high; the moral demands of God are “impossible for man” as He admitted. But He promised to do it with us, and so “for God, nothing is impossible”. He did not make it easy, but promised to do the impossible with us. And if we fail, He does not come to condemn, but to forgive and to help us to choose correctly. There is always a path to set out right again. Yet He did demand that we choose to change.

6. Teachings on divorce. This is actually straight from Jesus. Before Jesus, the Mosaic Law allowed multiple wives and divorce. Jesus insisted on one man and one woman, and no divorce, and this shocked the apostles. See Mark 10:2-13. This same teaching is alluded to by St. Paul in 1 Cor 7:11-13, and repeated throughout the early Church. The Church has no authority to change something so clearly and emphatically pronounced by Jesus Himself.

7. Observation of days of obligation. Actually, there aren’t that many days of obligation besides Sundays, in fact, for most parts of the world, only two more days: Dec 25 and Jan 1. All the other days are optional. Some countries, of course, still have Epiphany, Corpus Christi not moved to Sundays, and Aug 15 and Dec 8 obligatory. However, look at Jesus’ own example. Jesus certainly was observant of the Jewish Sabbath and obligatory feasts, which are many: Feasts of Atonement, of Weeks, of Unleavened Bread, of Tabernacles, of Passover. All these last for weeks. Jesus Himself commanded His disciples to repeat the Mass in remembrance of Him, and right away the early Church gathered for the breaking of the bread regularly, even daily. See Acts 2:46. No, I’m afraid this is not invented by the Church later. It is clearly how the apostles understood Jesus. If anything, we today have relaxed this quite a bit.