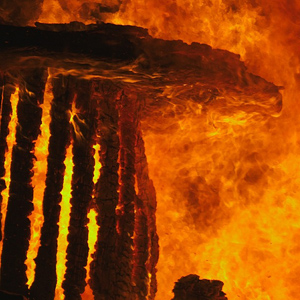 Q :
What is the place called that Jesus go after he died? Is it purgatory?
【 Question from 】 Canada 加拿大
Fr. Francis :

No, it was not purgatory. Technically speaking, purgatory did not exist then. Purgatory is for those, having their sins already forgiven, but still need to repair the damage their sins have caused, or who are not yet been made perfect to see God face to face, to go there to go through purification. However, before the crucifixion, there was not yet forgiveness of sins.

Jesus went to destroy the gate of hell, and the shackles that still held bound the righteous who died before the crucifixion. He went in search of Adam and Eve and all the patriarchs, all the righteous, to proclaim to them the salvation he won, and to lead them up to heaven.

Later on, the theologians did not like “hell”, since it is now exclusively identified with the place where the damned enter and cannot return. So they created the term “limbo”, to show that the righteous before Christ did not go to that hopeless place, but was in limbo waiting for salvation. This, however, is not a doctrine, but a theological construct that has become common parlance in the West. The Easterns, as I said, had no qualms maintaining that it is Hades, the domain of the dead, and a biblical term.

Of course, there is nothing wrong saying that Jesus went to hell, for hell is not really a place but the state of one refusing God. They too of course are in the presence of God, but their hatred and rejection of God forces them to twist inward in such a way that they are in total darkness. They can only see and experience the devil and all his fury. God does not hold them bound, nor Satan. They are held by their own rejection of God.