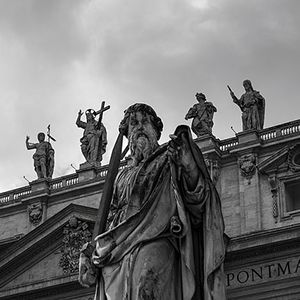 Q :
I have been bothered by the molestation of young children by priests/clergy. The thing that bothers me most is the position of the church and the handling of such acts by the church authority. Why does the church go to such length to hide the crime/sins committed by priests/clergy at the expense of the victims? Don’t the church also need to be bound by the law? To me, those priests have committed a crime and they deserve a sentence for their acts!
【 Question from 】 Hong Kong 香港
Fr. Francis :

I agree. The Church must be transparent in dealing with those who have been found guilty of criminal behaviour. They should be brought to the law, as well as anyone who had involved in any cover up.

To answer the question of why it was not done, however, is a lot more difficult. It would be easy if we can categorically say that those were all nasty people and those who assisted in the cover-ups were all corrupt. But that is not the case, at least not all of them.

Previously, it was sincerely believed, even among professionals in psychiatry, that these disorders could be cured through therapy. So bishops who found out about these cases would privately settled them with the victim’s family and send the offender to therapy. When they return, thinking that they are now healed and repented, would shuffle them off to another location or ministry. And if it happened again, they would just repeat the process, hoping that it would work this time. Some bishops sincerely acted out of mercy, false though it might be. And at that time, the victim’s long term psychological and spiritual damage was not discussed.

But they did not end. And often the repeat offenders got moved into the chancery since it is removed from interacting with parishioners, thinking that that would remove them from temptation. But now they have access to power, and so they could network with other predators and build up.

It was not until relatively recent that we finally know that these disorders cannot be cured by mere therapy. And the Church did in 2002 revised its protocol in prohibiting persons with deep seeded homosexual tendencies from entering seminary. In places where this is implemented, we do see a significant drop of abuse cases.

Another problem was, the mentality in the 60s to the 80s among Catholic families was that if a child reports such an abuse by a clergy to his parents, it would be ignored, and the parents would tell the child not to lie. And sometimes the child would even be punished for lying. I know this because I had victims told me their stories. I am not saying that this is right. The sentiment of the time was that clergy was held in such a high esteem that Catholics could not bear to hear any accusations against them. That is just the way it was. As a result, many victims did not even have their family to turn to. And these cases were never reported. If the family was not ready to deal with it, we can see partly why the Church also was crippled from dealing with it.

Interestingly, we now see many bishops who long ago protected the offenders being convicted today. But we don’t hear cases against the victims’ parents, who did exactly the same thing, being brought forth. I am not excusing the bishops, and I’m definitely not advocating prosecuting these parents. I think some of them should be jailed. But let’s look at the whole cultural situation of the time. Not just the bishop, many other people involved were doing the same thing.

I have been very saddened but the depth of corruption among the clergy. This is not new. Similar things have happened throughout the history of the Church. I am saddened rather by how the evil done by clergy had affected so many souls. How many who were scandalized have lost their faith! Yet at the same time, I am glad that today all these have been brought out to the light, so we can see them and cleanse them out. I am praying. I am praying very hard everyday, that reform will come soon, and a new day for the Church will dawn. The worst thing that could happen now is nothing is done.