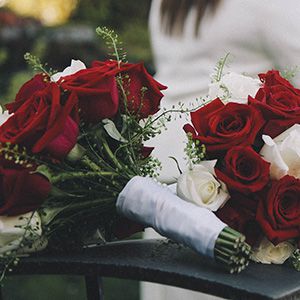 Q :
While Catholics should not formally or materially support same sex marriage, how should we take civil union or civil partnership? Are they considered "marriage"? Some Catholics who support LGBT, because they see their friends suffering and being marginalized, would argue that people who oppose same sex marriage are prejudiced and narrow-minded. What should we say to them?
【 Question from 】 Hong Kong 香港
Fr. Francis :

People who seek civil union or partnership are seeking civil recognition and protection of their relationship. In essence, it is just one step up from common-law. They are not the same as marriage, but very much enjoy the same legal benefits as well as responsibilities as marriage. These are legal constructions, and as such the Church, though does not agree with the union, does not have the prerogatives to deny it.

An analogy would be common-law. People who live together, either as partners or friends with benefits, are living in a lifestyle contrary to the Gospel. The Church would exhort them to repent, but the Church does not have the power to deny them entering into common-law relationship.
But with marriage, because it is defined by natural law and instituted by God, the Church has the rights and the responsibility to uphold and defend its integrity, and because of that, the Church cannot recognize homosexual marriages and will not perform them.

This, as I mentioned before, is not because the Church does not have compassion on those who are homosexual. It is because the Church knows that encouraging same-sex marriages would actually be harmful to them that she has to withdraw it from them.

As I also wrote in the previous answer to this subject, the Church does not reject or condemn anyone because of their sexuality: heterosexual, homosexual, LGBT. What the Church condemns are those sexual activities that, as taught by the Bible, are harmful to the human person. Having same-sex attraction does not mean one has to act on them, just as having a strong sexual drive does not mean one should be promiscuous or adulterous, or abusive or over-indulging with the spouse. If one’s orientation is directed toward something that is harmful, indulging the harmful desire not only does not help the person, but in fact would further deepen the suffering. No, the Church must rise up today all the more to pastorally minister to our LGBT brothers and sisters, to help them see anew their dignity and true identity, that the Church does have a place for them to support them to live a chaste life.

Talking about this with LGBT persons and those supporting their equal rights to marriage, however, proves next to impossible. For some reason they tend to identify their sexual activities with their sexuality. As a result, any mere opposition to the sexual expression for them is automatically taken as a personal attack. I suppose there is really very little trust the LGBT community has in the Catholic Church. Those of us who have the opportunity to befriend them must therefore build that trust with great sensitivity, love and compassion, all the time trusting in the healing power of the Gospel truth and not denying it. Many of our LGBT brothers and sisters are longing to know that they have a place in the heart of Jesus and in the Church. They need to know their identity is not based on what they do but who they are. They are children of God and they are free to live the Gospel truth.

As with those Catholics who support homosexual marriage, it would be helpful to enter into dialogue with them to understand why they think it would help our LGBT brothers and sisters and what is the basis of their opposition to the Gospel. I say this because very often people act in such a way not because they have thought things through, but often based on personal or emotional reasons rather than the truth. Of course, unfortunately, not infrequently, it is also because they have witnessed how the members and ministers of the Church have treated the LGBT persons with indifference and coldness, if not outright self-righteousness and condemnation. No, they need to know that we are with them in desiring to show compassion and support to our LGBT friends. But Jesus’ way is not to encourage what is harmful. There is a better way. We must make possible a better way so that our LGBT brothers and sisters may truly experience freedom and salvation.