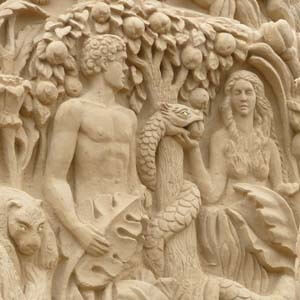 Q :
If Adam and Eve were the original human, our ancestors, then, all descendants were a result of incest? Or, God had made more than two human somewhere else [descendants of Adam met somewhere else]?
【 Question from 】 Canada 加拿大
Fr. Francis :

This question was asked before in Chinese, see http://askfrfrancis.org/qa/how-children-of-adam-and-eve-have-descendant

Here is the English version:

The teaching of the Church does not specify how this took place, except that the origins of humankind came from one set of parents, and the Fall took place before they had any children.

If you read Genesis 4 carefully, we can see that besides the family members of our original parents, There were also other people, otherwise Cain would not mention others would want to kill him. So obviously Genesis did not mean to describe how there could be other people in a scientific manner, and so there is room for us to interpret as well.

Scholars have different opinions about this. The following are those that I found more interesting.

Some suggest that at the beginning of creation, the potency of our genetic material was much richer and concentrated, as if the totality of the human race was packed into our original parents. As a result, procreation among the offsprings would not lead to a diminution of the gene pool as we would have today, but rather proliferation. As well, it was before any laws against incest was deemed necessary, so the first generations could not be said to have committed immorality.

This theory is actually not far-fetched. Studies have concluded that if we sequenced all the varieties of mitochondria-DNA of human samples today, then assuming the shortest path of genetic migration from generation to generation, all human beings can be traced back to a single woman in southern Africa.

The second theory is more complicated. The Church teaches that human beings were made by God, but also accepts the possibility that our body has evolved from the primates, provided the human soul, which is the image and likeness of God, was a direct creation from God. This means that it is possible that when God “created” our first parents, it was more like two primates suddenly received a new consciousness. Then they would be living among other primates that were not human but would otherwise not be significantly distinguishable from them. They could inter-marry and their descendants would become human.

As to the truth? Well, we may have to wait till when we see God face to face, when we see our first parents finally, then we shall know everything.