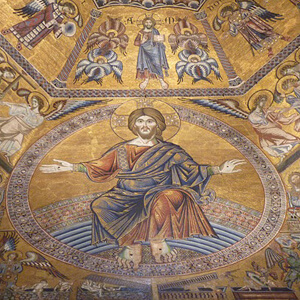 Q :
How does the Church get the relics of the saints? They all passed away a long time before they became saints.
【 Question from 】 Vancouver, Canada
Fr. Francis :

When we talk about “relics”, literally “remains”, of the saints, we are talking about several kinds of objects, namely:

Normally, during the lifetime of the saints, people close to them would have already recognized something saintly in them. In fact, that would be a requirement for them to be later recognized by the Church. Even for martyrs who had been isolated for a long time before martyrdom, at least some people must have known them for them to be named and remembered.

The fact that they were known often long time before their death and at least at the time close to their death means that there would be people who had access to their bodies or belongings while they were still available. Local bishops, once been made aware of such a possible cause of sainthood, would instruct their relics to be collected while they could be found. But more often than not, people close to them would have long time ago started collecting.

Also, once the process of sainthood has formally been initiated, one of the steps is to exhume the body, if it can be located. This would serve to be the major relic of the saint. And though not very often, there are many documented cases in which the body of the saint was found in tact, uncorrupted, despite the lack of preservatives, even after hundreds of years. We called them “incorruptible”. Some of the most well known examples are St. Francis Xavier, St. Catherine of Siena, St. Cathérine Labouré, and St. Bernadette. A search on the internet will give you more details on this subject.