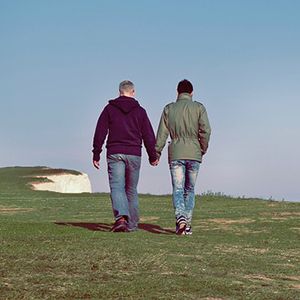 Q :
Question about gay marriage. I don’t think Pope Francis accept that but his message is that we must accept them as children of God. Is gay marriage a big sin but can be forgiven? Biden claims to be devout Christian but based on the fact that he is ok with abortion do you think that is acceptable? I am confused. I only think think that abortion is allowed only in case of sexual abuse and incest victims. Please give me your opinion.
【 Question from 】 Boston, US
Fr. Francis :

The Church does not accept homosexual marriage because it is not marriage at all, for marriage is the union of persons, both body and soul. Genesis describes it as the two become one flesh. While many today claim they can have a spiritual union, it is clear that we are bodily creatures and bodies of the same sex are not created to be fully united as one flesh, but bodies of the opposite sex are. It is also clear that marriage by design is also procreative. A man and a woman in the one flesh union is considered healthy and natural when it leads to children. The homosexual union does not have that possibility.

It is also clear from the book of Genesis and from the writings of St. Paul that the act of homosexuality was widely practised both in the ancient world of the Old Testament’s time (cf., Sodom and Gomorrah) as well as in the Graeco-Roman world of the New Testament. If anything, in fact, it was even more ostentatiously practised than today in some instances. Yet, consistently both in the Old and in the New Testaments it was explicitly mentioned and condemned by God. Contrary to many today who argue that people back then did not understand homosexuality or there is need for reinterpreting the explicit condemnation as a distortion of God’s original meaning, it was actually quite well understood. And it was actually God’s command.

Having said that, there is a difference between the homosexual act and the homosexual person. The Catechism describes homosexual attraction as a grave disorder. God made us heterosexual, but sometimes some of us were born with a disorder, or our nature became disordered later on. It is like God created us to have good eyes, but sometimes, like myself, we are born with eye diseases and so cannot see well. Does it mean that I can defy that and demand I should have an equal right to drive and fly a plane? The underlying bigger problem with homosexual rights it not homosexuality at all, but the wrong assumption that sexual union is a right. It is a gift that, some of us, due to our disorder, unfortunately are not able to enjoy. And it does not need to be just about homosexuality. Some heterosexual persons also should not be married, due to their inability to be honest, committed and faithful.

It is for this reason that the Pope calls us to love them and not to persecute them. The words he used were not “common law union”, but “civil co-existence”, that they have the rights to be loved in their families (the ones they were born into) and they need to be protected in society. the quote from him that made the rounds in October 2020 did not mention anything about gay marriage or common law at all. People with homosexual attraction are children of God. They can be contributive members of society and of the Church. They are our brothers and sisters to be loved and cherished. We need to support them to be able to fight for chastity, so that there is hope for them to be truly free.

As to the question of abortion. Abortion under any circumstances is still a deliberate killing of the most innocent of lives. Abortion is therefore always wrong. While the keeping of a baby may bring suffering to the mother and others involved, but when is it that by committing a cold-blooded murder of another even more innocent victim, we can bring healing to suffering? It won’t. It would only compound the suffering. A life is a life, no matter how small. We can’t kill someone else so to make my life easier or more bearable. And there is no telling what a child can bring to the world. That it was conceived in evil does not determine if this person may in some future day may not bring tremendous good to the world. Each child is an eternal soul. Who am I to destroy it?

Pray and beg for pardon therefore for an end of this senseless massacre of our children every day. Pray for their parents; many are scarred for life for in aborting their children they also harmed their own souls. Pray for the many doctors and nurses, and the politicians and proponents of abortion, who one day must stand before God and answer for every single one of these lives that they have directly or indirectly sentenced to death by their false mercy and distorted conscience. Pray for the abortion survivors and the siblings and family members of the aborted, who are also deeply wounded, many of them never learned how to forgive or trust again.

God desires to set them free, and He has the power to heal them from this evil. I pray daily that every one who is in some way directly or indirectly involved in abortion will soon come to recognize their wrong and come to know the mercy of God. May they abandon this evil and the culture of death.