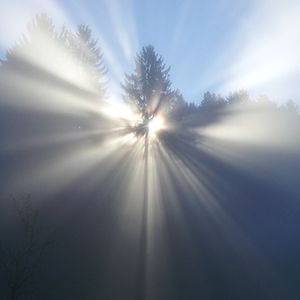 In the Old Testament, many times God is described to be jealous. It is always said in the context that God is jealous for our worship, that He does not allow us to worship another god.

This kind of jealousy is very different from what it is commonly meant, as St. Paul used it in 1 Cor 13. When we say we are jealous, we are saying that I want what you have, or I want to deprive you of what you have, because I cannot stand you having something that I do not have. This kind of jealousy has no love in it. It is out of pride and self-absorption, enough that I am ready to hate you and wish you harm.

God’s jealousy for our worship, however, is totally different. It is because God made us for Himself, and we can be fulfilled only in Him. And there is really no other gods. For us to go to other so-called “gods” is a dead-end to us. It can only end in misery and deestruction. God does not want that, and so in the language of the Old Testament, in the language of the law, He is said to be jealous for us, that He would not tolerate us going to other gods. But what it really means is that He does not want us to foolishly choose to harm ourselves. It is out of love and compassion for His own children, instructing them not to put themselves in harm’s way, but know that He alone is their God, and there is no other.