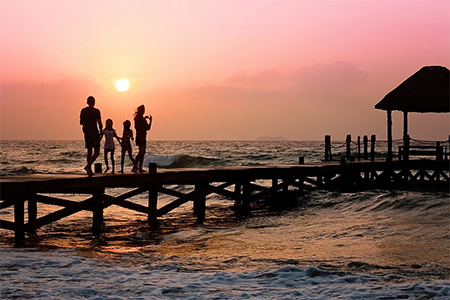 First of all, the context of this passage is right after the story of the rich young man, who after being asked by Jesus to give up his wealth to follow him, went away in sorrow. Jesus declared that it would be harder for a rich person to enter into the Kingdom of God than for a camel to go through the eye of a needle. Then came this passage in question in which Jesus answered Peter, who asked Jesus what about them apostles who have given up family and possessions to follow Him.

The key meaning, therefore, and the most important message of this passage, is that anyone who has given up anything in this life will be richly rewarded by God many times over in heaven and even in this life.

The parallel passage to this is Matthew 6:33, in which the enumeration of people and things to be rewarded were omitted. Taken the bible as a whole, therefore, this difference is to indicate that the question of the missing “father” is not a big one as viewed by the gospel writers.

But if we were to speculate a possible meaning to this omission, should it be deliberate, then the simplest answer is the fact that in Jesus’ times, within the patriarchal identification of a person, one can imagine to have many brothers and sisters, and even many mothers (as in the father having more than one wife), but it would be inconceivable for anyone to have more than one father. There is only one father, and the blood line is a huge deal. Even with adoption, the Romans had very strict and high standard regarding such honour and the rights associated with it.

So, for Jesus to say one should leave one’s father is already quite shocking, but to gain back 100 fathers would not only be inconceivable, but even an insult, for no one can replace his blood line and ancestry, which is his true identity.

In addition, part and parcel of the core teachings of Jesus is to reveal the Father in heaven, that He is our true Father. Gaining back 100 earthly fathers therefore would not be a true reward, since Jesus was already offering to those who believe the one true Father in heaven. It is with this mindset that we come to understand why Jesus said:call no man your father on earth, for you have one Father, who is in heaven.” (Matt 23:9)