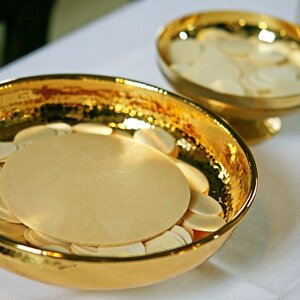 Q :
I was invited to my friend’s baptismal celebration at an Anglican Church in Hong Kong (St. John’s Cathedral). Is it a mass? Can I receive the Holy Communion?
【 Question from 】 Hong Kong 香港
Fr. Francis :

So, if you are going to the Anglican cathedral, chances are it is high Anglican. Their mass will look very similar to that of the Catholic Church, and they may even have a tabernacle. Many in the High Anglican tradition also believe in the Real Presence of the Eucharist. In all appearance, they would seem the same as the Catholic Church.

However, there are a number of significant differences. As a result, Catholics are not able to receive their Holy Communion:

But, while we are not able to have full communion today, there is still a lot of commonality between us, especially in the work of social justice, crisis and poverty relief, and proclaiming the core gospel message.

Let us pray for Christian unity.