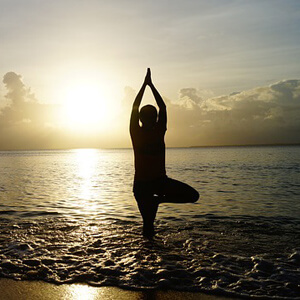 Q :
Is it true that Christians should not do yoga? Is it fine to do yoga if I don’t say their words or join their meditation? Is Yoga really an invitation to demonic possession because of its moves and postures?
【 Question from 】 Toronto, Canada
Fr. Francis :

This is a rather contentious issue. I will first say the official viewpoints and then put in my 2 cents.

Officially, Vatican has not made any statement against the practice of yoga exercise. It is true, however, that a number of high profile exorcists have spoken against it since there are a number of cases in which the practice of yoga was the specific opening that led to demonic possessions. But the fact that Vatican has not categorically forbidden yoga means possibly not everything about yoga is not salvageable.

The origin of yoga, unlike Tai Chi or other exercises, was specifically spiritual. Each level of yoga has postures specifically designed to invoke the Hindi gods. As one moves through these postures, allegedly they will enable you to do the next level of postures, invoking a higher level of spirits. Ultimately, this will lead you to be able to call on “the One”. This “the One” is described as all-powerful and all-seeing.

To the many people practicing yoga today, this may seem exaggerated and incredible. But ask any “guru”, and they will laugh at you if you think yoga is mere exercise.

Exorcists who dealt with cases of yoga-related possession described this “the One” is not God, but the very source of the demonic possession.

My assessment is as follows:

It is unreasonable to me that the mere postures themselves can lead to evil. Our body and hence its movements and postures were created by God and so must inherently capable of holiness. If mere postures can be evil, then we risk calling on evil every time we accidentally make those same postures! Christianity in its long history has always sought to sanctify any created goods and even artificial goods of pagan origins that can be converted to the use of good. The spiritual risks of yoga therefore must come from intentionality and the associated spiritual elements.

I suppose that yoga should be fine so long as one is using it merely as a form of exercise.

A warning, however, is that sometimes a good tool can turn into a belief. We become curious and begin to seek more from yoga: including trying out the spiritual elements and consulting gurus. That could be a slippery slope. Unfortunately, I have seen such sad cases, where the power they thought they gained through yoga not only led them to move away from Christian practice, but even caused great pain and harm to others.

And what do you do when the instructors tell you to call on the spirits? Call out to Yahweh! Jesus!