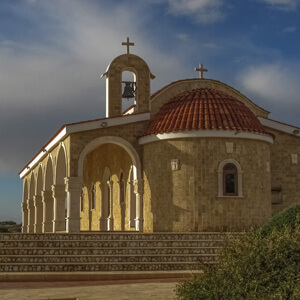 Q :
What are the various Catholic churches with names like Maronite, Coptic and Slovak Catholic Church. In the Nicene Creed,”I believe one holy catholic and apostolic Church”, so are churches just like CMCC serving the ethnic groups? Are these churches legit for Roman Catholics? How about Eastern and Orthodox?
【 Question from 】 Calgary, Canada
Fr. Francis :

Within the family of the Catholic Church, there are currently 25 different “rites”, and the “Roman” Catholic, or the “Latin” rite, is only one of them. All of these are united under one Pope, who happens to be of the Latin rite.

The word “rite” refers to the ritual and liturgies. We have to remember that in the early Church, they did not have email or telephone, and communication and transportation were often disrupted for long periods of time due to wars and unrest. The early Church also did not already have a standardized way to celebrate Mass or perform baptism etc. In fact, they often had to start from bits and pieces. As a result, different locale would have to develop their own custom of worship, sacraments and prayer, using their own local languages and culture. In the East especially, since most of the early Church thinkers were from that area, each local community would typically embrace the liturgy developed by their heroes. So the Coptics Egyptians would embrace St. Athanasius’ liturgy, while the Greeks would embrace St. Basil and St. John Chrysostom, the Melkite and Maronite would have their own. Those evangelized in Kerala, India by St. Thomas, being so far away, would develop something quite distinct. As well, each distinct locale would also use their own language and expression, their own way to celebrate and their music.

If you get a chance, visit your local Greek Catholic or Maronite Catholic Church and participate in their Sunday liturgy. You will quickly notice how different it is, but at the same time how similar. The rituals are different, but it is the same liturgy: same structure, same contents, same Church, same Pope.

As you probably have figured out now, we Roman Catholics are free to share in the liturgies and sacraments of the Catholics of other rites.

These Catholics of other rites are often called the “Eastern Churches”, since they are from communities east of Rome. This is common but not very accurate any more, since they also include the far east rites in India, the NE rite of Russia, Ukraine, and many of these are now diaspora communities with their own development all over the world. And lately, we have the rite of the Anglican Ordinariates which is west of Rome…

As to the Orthodox Church, we need to know some history. When the Orthodox Church and the Roman Catholic Church officially separated from each other in 1054, their only significant divergence was only the disagreement on the authority of the pope over other metropolitan bishops, and some obscure theological perspective that only few people understand. However, all of the non-latin rites, with the only exception of the Maronite rite, left the Catholic Church. The current Eastern rite churches were brought back through the valiant saintly effort of St. Josaphat, who single-handedly convinced some of each of the eastern rites to return to obedience under the Pope. And as a result he suffered martyrdom.

Since the 20th century, there has been a steady effort to restore relationship with the Orthodox Church, to the extent that currently the Catholic Church has allowed its members to receive sacraments from the Orthodox Church, and to provide sacraments to Orthodox believers if they request them. Although on their part some Orthodox bishops and priests would not allow us to receive Communion from them, it is still a huge step toward full inter-communion.