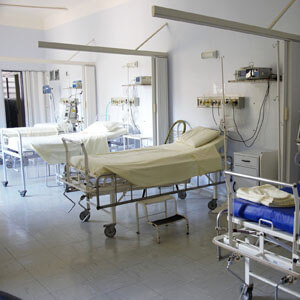 Q :
What is the latest view of the Catholic Church on those Catholics who committed suicide because of long term depression and/or other physical illness?
【 Question from 】 Hong Kong 香港
Fr. Francis :

Previously, when a person has committed suicide, the Catholic Church would not allow funeral mass or burial in a Catholic cemetery. The reason is that it was believed that suicide is a grave offence against life and so the person was likely to have committed a mortal sin. Having a Catholic funeral mass and burial in a Catholic cemetery would be a contradiction and hence may be a cause for scandal. It is also out of this belief that some Catholics would believe a person committing suicide would go straight to hell.

However, with the knowledge in medical science and progress in pastoral care, we come to know that although suicide is indeed a grave offence against life, and so the fifth commandment of God, however the person committing suicide may not in fact be capable of making the decision with full freedom. Increasingly, we see from clinical and pastoral evidence that in a great majority of, if not practically all, cases of suicide, the person has suffered from some form of depression or mental illnesses. Without full freedom there is no full consent, and in such a case a grave wrong cannot be judged as a mortal sin. In fact, in the case of severe depression or mental illnesses, it would be doubtful if it can be considered a sin at all, since the person has lost control over his own thoughts and actions.

Additionally, even for someone who intended to commit suicide consciously, there is no telling that the person might not have repented split seconds before he died. It would therefore be presumptuous on our part to judge such a person would be in hell.

As a result, the Church today no longer places such restriction on the funeral and burial of a person who committed suicide. Pastors are instructed to pay special care in such cases to comfort the family, and not to deny the person the full benefits of a Catholic funeral, unless there is clear evidence proving it was a conscious act against life. At any rate, we must never condemn such a person to hell, but always have hope in the power of God’s mercy, for He alone knows the depth of each person, and He would never allow a person to perish without the full benefit of His mercy.

Having said all this, however, we must be constantly vigilant against the current trend of euthanasia, which is a conscious and erroneous ideology mistaking suicide with freedom and dignity. Many dioceses have already established pastoral guidelines on ministering to people requesting assisted suicide, so you must first obtain this information and be familiar with it. Our dignity lies not with what we can do or how we look or if we are a burden to someone else. Our dignity lies with the fact that I am a child of God, and being cared for is an opportunity to love and to be loved. As a Church we must ceaselessly find ways both to affirm the dignity in life itself and find practical ways to give quality palliative services to those suffering, and at the same time resolutely condemning this ideology of death.

On the practical level, I know that for some dioceses, there are instructions that, if after pastoral consultation, the person himself/herself has still chosen to have euthanasia, a Catholic funeral and burial in a Catholic cemetery would be denied. This is especially for high-profile cases, as it would be an occasion of great scandal.