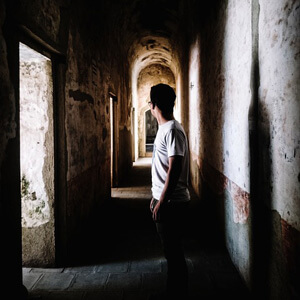 Q :
Why does the Church dig out the dead body before investigation of sainthood? Is it just to find out if they are “incorrupt” or to get their relics (like St. Francis Xavier or St. Catherine of Siena)? Shall the dead be allowed to rest in peace without being disturbed?
【 Question from 】 Canada 加拿大
Fr. Francis :

Actually, the Church does not dig up the bodies of the saints *before* investigation of sainthood. Exhumation of the body takes place only after the cause for sainthood has been initiated by the local bishop and approved by Rome, at which time the person is given the title “Servant of God”. The body of the Servant of God is then exhumed not just to exhibit it, and certainly not to disturb it, but primarily to protect it and reserve it for proper veneration.

In some occasions, as in the case of St. Bernadette Soubirous and St. Catherine of Siena, the body, after exhumation, was found to be incorrupt. But checking if the body of a potential saint is incorrupt is certainly not the only or even the main reason to exhume it.

The relics of a saint is powerful. They are often the source of miraculous healings and are of great assistance to exorcisms. In fact, one of the ways to obtain proofs that a person is in heaven, is to see if the veneration of his or her relics produce miraculous healings. So, once a person is identified to have lived a heroic life by the local bishop, it is the Church’s responsibility that such precious relics be protected and cared for in the most dignified manner.

Today, it may appear to us, that the bones and clothing of the saints being distributed all over the world, to be incomprehensible or even repugnant. Why would anyone want to disturb the remains of their loved ones? Is it not disrespectful? But as Catholics, we believe the saints in heaven are at work, and they love to bestow benefits upon us. If God has ordained His miracles to continue to be channeled through the relics of the saints, we are certain that the saints would love to maximize that benefit. Using relics for veneration, healing and other ministries, therefore, is not an act of disrespect, but an act of love — to want to be loved by God through the saints in the way God chooses.

It is interesting that you mentioned St. Francis Xavier. His body was exhumed not because of his sanctity, but because of necessity. When he died in Shangchuandao, his companions wanted to transport his body back to Europe. So they decided to bury him with certain chemical to accelerate the decomposition, so they could just carry his bones. But when they exhumed his body after a few months, they found that his body had no trace of decomposition, but he appeared to be completely incorrupt. His body was subsequently relocated to Goa, at the Basilica of Bom Jesus, and has remained incorrupt for close to 500 years. He died in 1552, but his canonization, however, did not take place until 1622. This shows that having an incorrupt body does not automatically qualify for sainthood, but has to still go through the rigorous process of proving the saint had lived a life of heroic virtues and that his intercessions have produced miracles.