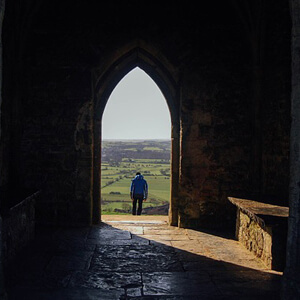 Q :
We are doing the quest of what it will be life after death. Some came back from death, say they went to a village. Will Catholics go to the same village or will be in a different domain? Do we need to spend money ( like that claimed by Buddhist) after death? Souls are attracted by DNA of the body. Some got our hairs and nails, can do that with a spell according to Mau-Shan witch craft. Any spell to break free from DNA so the souls will not be captured by such witch craft?
【 Question from 】 Canada 加拿大
Fr. Francis :

Some advocate that the manner of our afterlife depends on our religion; so Christians will go to Christian heaven, Buddhists to Buddhist afterlife, etc.

This is not what has been revealed to us by Jesus. Jesus declared that we are all God’s children and will be judged according to mercy: do we accept God’s mercy and do we give mercy to others.

In interfaith dialogue, we discovered that, while each religion has many differences, all true religions tend towards mercy and justice. It is in this light that the Catholic Church understands that all other religions are attempts in various degrees to approach the same truth as revealed by God.So, in light of that, while people who had near death experiences might variously have seen different things, in actuality we will all have to stand before God and receive our destiny.

And there will be no need for “money” after death. That is an image we project onto the afterlife because of our ignorance. In fact, true Buddhists do not believe in that either. That was developed from the Chinese cultural superstitions that got mixed in with Buddhist ideas to become the cultural Buddhism we find today. True Buddhism is more akin to a philosophy than a religion, since it does not explicitly believe in a god.

And as to witchcraft: Christianity does believe in the existence of the occult. Its power is real and it comes from the devil. However, we also know that the devil has been defeated by Christ. So, unless we ourselves choose to dabble in the occult, a person who is living a relationship with God and is regularly practising his sacramental life, especially receiving the Holy Eucharist, cannot be possessed by the Devil except in some very limited cases. For this reason, whenever there is demonic possession, one of the first things an exorcist would attempt is to have the person baptized (if not already), and to give regular Communion to the person.

As with the use of DNA or effigy, it is best that you consult with your diocese, and see if you can speak with your local exorcist. Only he can answer your question. I do not have the authority nor the qualification.