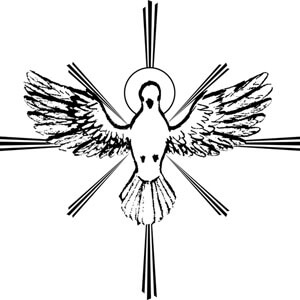 Q :
Why do we call The Holy Spirit 「聖神」? While other churches use 「聖靈」? I find it confusing when we try to understand terms like the Spirit of God 「天主的神」.
【 Question from 】 San Francisco, US
Fr. Francis :

The difference in the Chinese terminology is the result of the unfortunate division within the Church between the Catholics and the Protestants. Unlike other European languages, which enjoy the same terminology for all Christians, since the division happened after they had received Christianity, countries like China and others did not get evangelized until after the Reformation. As a result, in order to emphasize their differences, and since at the time they were not talking to each other, they chose to translate into Chinese differently than the other, sometimes deliberately.

I do not want to point finger to who’s wrong. Suffice it to say it is a lose-lose situation since it does no good but to say it loud and clear to all non-Christians that we are divided and confused. What an anti-witness and a shame!

And to answer your question directly, I could of course go on to expound on the pros and cons of translating “spirit” into 「神」 or 「靈」, but it at the end would be a mute point here. It was just a translation decision, by two parties that are not in communion. They mean exactly the same thing. I suppose which one you choose would depend on whom you are speaking with and why. If I am speaking with a Protestant, I would use their terminology unless I want to explain to them about our own terminology. But if I am speaking with Catholics or others, I would use our own terminology.