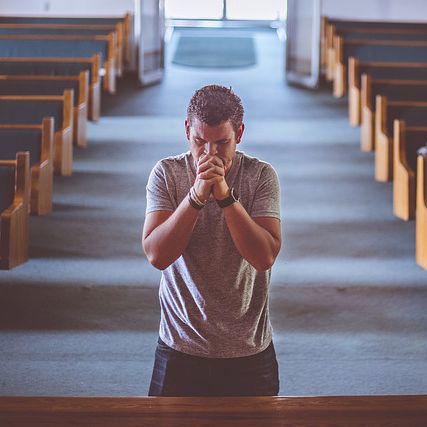 If by saying praying to the saints you mean worshipping them, then absolutely the Catholic Church rejects such practice. It would be idolatry and is offensive to the Lord.

But if you mean praying to them as imploring them to pray for us, or to pray with us, as we would do the same with our family and friends on earth, then it is not adolatry at all. You may read my full answer here:
http://askfrfrancis.org/qa/pray-to-saints

As to your question about whether having statues and pictures of the saints or Jesus or God be breaking the commandment on creating images in the Ten Commandments, note that this is an old question that was already resolved in the Second Council of Nicaea in 787 on the heresy of iconoclasm. It is not a “Catholic” problem at all, but central to Christianity. The Protestants just forgot it has been debated. I suggest that you read up on the old iconoclasm debate first.

Here are some points for thought:

While the Ten Commandments and throughout the Old Testament there were many instances of the injunction against creating graven images of things on earth or in the heavens, there were also several instances where God explicitly required the Israelites to create them: the copper serpent in the desert during the rebellion,the Meeting Tent and the tabernacle as a copy of the heavenly one. This means that God does not mean He is forbidding the creation of all images, but only insofar as it may lead to idolatry. The severity of this injunction bears witness to the fact that before Christ who made God visible, people were prone to worship many gods and regularly mistakenly identify statues with their gods. The injunction is therefore necessary in order to train the Israelites not to attach to that confusion.

Second, in the Old Testament, God was invisible, so no image can be made of God. But since Christ entered into our history, God is no longer invisible, but has been made visible, and has taken on not a passing form, but have irrevocably united Himself with a very specific human form so that in one and the same Jesus He is forever both God and man. It is therefore possible to have an accurate image of God.

Christians create images of Jesus and the saints not as idols, but as windows, which in Greek is eikon, or icon. They are not gods. They are never to be worshipped. But just as the visible created world reflects to us the greatness of the Creator, they are as windows through which to see God, so it is that these images and statues are windows for us to meditate on God and how He has worked through the saints.

Of course we don’t “need” statues or images to meditate on God. We can do so with our eyes closed. Some may say we can do so simply through the Bible. But you know, even the Bible is merely an image of the Word. If a physical Bible can be the window to the invisible God, so can an image or statue. A picture, after all, is worth a thousand words.

And of course, statues and images can be abused. The unformed can mistake it for the living God. But so can the educated abuse the Bible, using his wisdom to bend the meaning to his own advantage. That is idolatry too. But we would not say because there is such a danger, we should forbid the creation of bibles, yes?

Then can we not just have images of Jesus and drop the saints? But the saints are our friends, our family in heaven. Why do we keep pictures of our family and our loved ones? Not to worship them surely, but to reminisce all that was true, good and beautiful in our memory, and to remember and support one another as we remember them. So much it is with the saints. Their images remind us of God and His deeds through our friends and family of past ages that while we may forget, God does not forget nor abandon us. They are a reminder to us of God’s constancy and amazing design to use the weakest to do the greatest works, and use the darkest times to achieve His greatest victories.

No, saints are our good friends and family, and their images are great windows that keep us fixed on God. Let us get to know the saints and use these tools wisely.