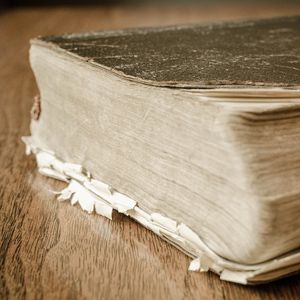 Q :
Why is it that the catholic Bible has books that the other Bibles don’t contain?
【 Question from 】 New York, US
Fr. Francis :

This is not correct. It is not the Catholic bible that has more books, but the Protestants decided to omit 7 of the Old Testament books.

When Martin Luther began the reformation and began to translate the bible into German, he wanted to go back to the original source. For the Old Testament, he assumed at the time that the oldest version would be in Hebrew, and that he should find it from the version used by the Jews. He discovered that the Jewish Torah has only 39 books and not the 46 books of the Catholic Church. The “extra” seven books were considered to be not trustworthy by the Jews. As a result, he omitted those seven books.

What he didn’t know, and couldn’t know at the time, was that at Jesus’ time, there were actually several versions of the Torah, most written in Hebrew, but especially one written in Greek, the so-called Septuagint translation, or LXX. The most widely used version at Jesus’ time was actually the LXX, which contains all 46 books. During the second century, when the Christian Church became more and more prominent and increasingly under persecution, the Jews and the Christians had a number of fallouts. The Jewish leaders decided to definitively separate themselves from any mis-identification with the Christians. And one of the things they did was to consolidate the use of the Torah to only one version, one that was most different from the Christian Old Testament. Since seven of the books did not have Hebrew versions, they decided to drop them. For the longest time, it was widely believed that those books were written in Greek and did not have Hebrew versions.

But since the discovery of the Dead Sea Scrolls in Qumran, this is proven to be false. Among the Qumran scrolls were found fragments of Tobit, Wisdom and other parts of these seven books, all written in Hebrew. Given the puritanical nature of the Qumran community, this is sufficient evidence to prove that those seven books were accepted as authentic by the Jews since before Jesus’ time.