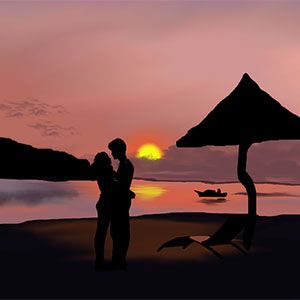 Q :
Is Catholicism strict against any form of pre-marriage sex? Rule 7 of the Ten Commandments prohibits adultery. But adultery is different from pre-marriage sex between a pair of loving and loyal couple in a stable and long-term relationship. Is it only the act of sexual intercourse that is prohibited, or is it so wide as to prohibit any level of physical intimacy? Can I share a room with my boyfriend/girlfriend in a trip?
【 Question from 】 Hong Kong 香港
Fr. Francis :

Let’s first clarify something. What you described is called “fornication”. If you just casually search through the Bible, you quickly see that fornication was consistently condemned in the Old Testament, by Jesus as well as by the letters of the apostles in the New Testament. It is listed in Galatians 5 among the vices, and St. Paul strongly declared that one who does this, among other things, shall not inherit the kingdom of God.

And what if it is a common-law relationship, stable and loving?Jesus visited the Samaritan woman by the well, she was living in common-law too. Yes, she had 5 husbands before, but nowhere does it say this sixth man and she were not stable. But it is clear from the passage that Jesus was bringing conversion to her from this lifestyle.

On the pastoral level, I ask: if the common-law relationship is so stable and good, why not get married? What is it that is offered in the common-law that is not offered by marriage? And the only answer is commitment, which translate to: I don’t need to stay Put when things change or get difficult.

If that is so, then as good as this relationship may be, it is still utilitarian,it has a huge gaping hole for either party to not be selfless or faithful. Everything is predicated on the premise that I would be faithful as long as this common-law relationship is good for me. You just don’t know if the other party wants the good for you when things are not going well. He/she has no obligation. That’s why you don’t want to get married.

Some also imagine that common-law relationship, if it comes to breaking up, would not be as painful as a failed marriage. I have news for you. All studies on this topic consistently proved that on the contrary, failed common-law is just as messy as a divorce. In fact, psychologically and spiritually, it could be worse, because in divorce, at least they knew they had a marriage and they had tried. In common-law relationship, they don’t have that privilege automatically built in.

As to your question about travelling with your boyfriend. I think the heart of the matter is, are you two putting each other into an occasion of sin. I know some couples are morally and spiritually strong. They could be in the same bed and would not permit each other to enter into sin. But of course, they won’t share a bed, and not even a room unless it is financially prohibitive.

But I also know other couples, who even if they have two separate rooms, would be sorely tempted knowing the attraction and how weak they are.

My pastoral advice is this: look at your track record. If more than 10% of the time the two of you share a room ended up in sexual intimacy, then sharing a room is definitely a bad idea.

St. Francis de Sales taught: knowingly entering into an occasion of sin is itself a sin.

Now, so far, I have not said anything about why premarital sex is wrong, besides the Bible clearly says so. Here are some more reasons:

The highly sexualized world today has been deceiving us for too long. It makes it as if sex is necessary for all adults all the time. And if not, you are something archaic or weird. The truth is, it is not sex that is revealing too much, but it is revealing too little. We are not just our physical self. When sex is too easy, couples don’t spend enough time to dig deeper into themselves. They don’t know each other deep enough or talk about important matters deep within. We literally stop at the surface level. Premarital sex is a bad preparation for true loving marriage, as it trains us to be habitually superficial, irresponsible, and self-centered.