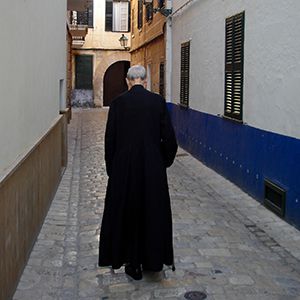 Q :
Why are women not permitted to become priests in the Catholic church? As well, why are priests not allowed to marry?
【 Question from 】 Canada 加拿大
Fr. Francis :

I think if you have googled these exact questions, you would have found out they have been well answered by many already. So I’m not going to add to that. If you haven’t done some research of your own and are concerned about which source to trust, I would say go first to either Catholic Answers or EWTN.

The Catholic Church does not ordain women to be priests, because we don’t have the authority to do so. Jesus was very specific in choosing men only, even weak men, as compared to the by and large much more faithful women he counter-culturally permitted to follow and provide for him in a way that would have been scandalous at the time. This is not because the culture of the time would not allow Him to choose women. He has broken many rules in the book when it comes to allowing women disciples, have them sit at His feet, and most of all, in the way He has placed Mary as the first and most important of all disciples of all. If He so wanted, He would have definitely chosen some women as part of the Twelve. But He did not. This is not because women are not worthy either. Men and women just simply have different roles in the Church He established. We as the Church can only perpetuate within the limits of what He prescribed, but would have no authority to go beyond.

Theologically, it was later explained that this may have to do with the fact that priests are to be another Christ, a physical sign of the bridegroom in nurturing the Church, the bride of Christ. Priests therefore have to be male, as Christ has irrevocably chosen to use a male person to signify the bridegroom. In contrast, Mary is the woman, the sign embodying the Church the Bride.

As to celibate priesthood, it is actually not a doctrine of the Church, meaning that it is not required for the priesthood to be valid. It is merely a discipline the Roman Catholic Church has adopted. For example, the twelve apostles were all married except John, many of the bishops in the beginning were married, and for the other 22 or so non-Latin/Roman Catholic rites like the Greek Byzantines, Ukrainian Catholics etc., as well as the Orthodox Churches, celibate priesthood is not required.

However, worth noting is that, for the Eastern rites and the Orthodox who have married priesthood, it means the married can become priests, but once the person has been ordained, he can on longer get married. And soon after the initial centuries, the Easterns have for centuries now only admits celibate clergy to be bishops.

The desire to practice celibacy for priesthood comes down to this: Jesus was unmarried, and Jesus clearly pointed out there were eunuchs for the kingdom of God. When He told them they must leave behind spouse and children and possessions to follow Him, Peter stood up and said what about us who in fact left behind all family and possessions to follow Him; this effectively demonstrates that these apostles though married, have left their wives and children behind to follow Christ.

Some say that the eventual adoption of universal celibate priesthood in the Roman Catholic Church was due to abuse, that priests and bishops were passing off church property to their children as inheritance. That may be so. But however, a priest is a husband to the Church and a father to his flock. Being married with children makes it very difficult for the priest to fulfill this vocation as his own family will always be in competition for his time and energy. He cannot be faithful to both. He will have to place one over another. The Roman Church chose to resolve this by conforming to the fact that Jesus was also celibate, so He can be completely given over to us.