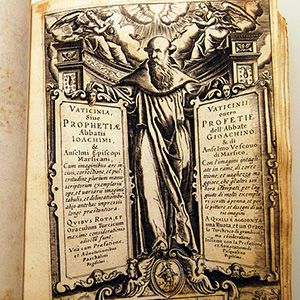 Q :
Prophecies are blaspemies because prophecies undermine, marginalize, and misrepresent God. Why would Catholics believe in prophecies like the prophecy of Christ ? It is absurd to believe God needs some humans to do God’s bidding.
【 Question from 】 Canada 加拿大
Fr. Francis :

You say prophecies are blasphemies, but you based your argument on prophecies being a product of human invention. In that case, you are discrediting the entire Bible, since the entire Bible is a prophecy. But if you disqualify the Bible, by what do you have foundation to judge Christianity? By your ideas? By logic? That would be blasphemy, since those are creation of God, and mere human understanding, which by logic cannot judge what its own creator.

However, Christianity is founded on the Bible and the Tradition of those who experienced God being a self-revealing God. God knows we are mere creatures and are thus limited in our ability to know and understand Him. He being a good father, however, loves to reveal Himself to us, since His very goal of creating us is so that we can know and love Him for eternity.

In revealing Himself, He chooses to speak to us through various ways: by nature, by science, by rational thoughts, but also by prophecy.

Christian prophecies are not about predicting the future. Prophecies are mainly about revealing the truth of GOd Himself and His Plan. It is also not like human promises or warranty on the future unknown, by which we are tied down to fulfill even when the conditions and circumstances have changed. God is different because He is outside of time. He created time! He already sees all time, all at once. All time appears before Him at the eternal Now. He cannot be bound by His prophecies because He is simply reading off His Plan as facts. They are all present in the Now to Him.

Scriptures are the way God slowly unveils His Plan, so we can know Him and understand His ways. The prophecies of Christ were the Father’s words to encourage us to learn and to hope, so that when Christ appears, we would know His Plan is fulfilled and we can rejoice.

Incidentally, it is impossible for humans to invent the prophecies on Christ. They were written by different people across thousands of years, many years before Christ, in which Christ’s birth place, circumstances of birth and life, the kind of ministry He will lead, how he would suffer, his death and resurrection were all prophesied. No one could understand them beforehand, but when these events happened, they were readily recognizable. Even if they just picked a child born in Bethlehem, how can he also be called a Nazorean? And if such a Jesus existed, and He tried to fulfill the prophecies one by one, he would not be able to control how they would kill him, whom he would die with, whether or not they would break any of his bones, and that someone would pierce his side and not tear his tunic but gamble off the rest of his clothes — all these and more prophecies? Only God can do that.

God is the author of all these prophecies, because He sees them as facts, present to Him in the eternal Now. And if God chooses to reveal Himself this way, it is the Truth. And to deny it would be blasphemy.